A History of WebCasting

WebCasting is so easily accessible that most of us experience it on a regular basis in some format.  We can watch large events streamed worldwide such as the Olympics, or we can watch a friend zipline thousands of miles away thanks to Facebook’s live video feature.  Though we’re now quite familiar with WebCasting in its many formats, it is a technology that has only been around for the past two decades. 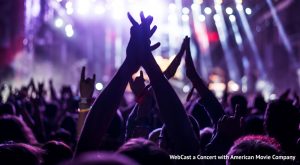 The Macintosh New York Music Festival was the first event to be streamed online.  The festival was held in June of 1995 after financial trouble forced the New Music Seminar to stop running.  Michael Dorf, who own The Knitting Factory in Brooklyn, convinced 15 nightclubs from around the city to open their doors to the 350 bands booked for the six-day festival.

Recognizing the potential to reach audiences outside the New York area, Dorf collaborated with Apple to webcast the festival.  Streaming video feeds from all 15 venues would have been a massive undertaking, so Dorf and Apple decided to stream the audio only.

The technology to stream video online was not far behind, however.  The first events to stream video also took place in 1995.  One of the first was a concert featuring popular LA acts, including Buck Page of the Riders of the Purple Sage, Greg Harris of the Flying Burrito Brothers, and John York of the Byrds.  The show was produced by Benford Earl Standley and took place in the Trabadour.

As webcasting became more popular, other industries began to make use of the technology.  Nebraska Public Television was the first network to live stream highlights from Cornhuskers football games, as well as press conferences with coaches and players after games.

Outside the entertainment industry, churches also began to make use of webcasting.  On October 22, 1998, Evangelical preacher Billy Graham live streamed his first “Crusade.”  This broadcast was dedicated to prayer and inviting people to join his religion.  The Mormon church also began making use of webcasting to stream their bi-annual church-wide meetings in the late ‘90s. 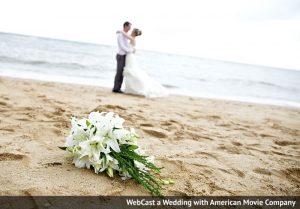 Individuals began to use webcasting for personal events in 1998 when the first weddings were webcast.  Live streaming became particularly popular for couples who had destination weddings, as they were able to share their special day with remote guests.

In the past two decades, WebCasting has become increasingly more accessible.  The invention of the TriCaster allowed for more complex live programing to be streamed online.  We can now stream events with multiple camera feeds and can insert prerecorded content into the show.  We can also build a virtual set on the TriCaster that keys onto the physical set live.  This allows for a simple build with an upgraded finish for the show. 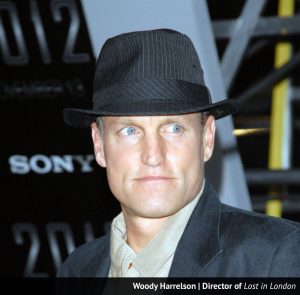 Today, we continue to find new uses for WebCasting.  From annual corporate reports to awards shows like the Grammys, WebCasting has many professional applications.  Anyone can live stream events from their everyday lives thanks to social media platforms like Instagram and Facebook.  Last month, Woody Harrelson’s Lost in London became the first feature film to be streamed live to audiences.  The film was shot in one continuous take and webcast to theaters in London.  With its versatility, WebCasting has become an integral part of the way we consume media and share time with each other.

The American Movie Company has over 10 years of experience with webcasting various events, including the Fifth Annual Forbes 400 Summit on Philanthropy, The Epiphone Revolver Music Awards Show, and Chi Zhang’s Fashion Week debut aboard the Intrepid.

For more information about our WebCasting services, visit our website or call Bill Milling at (917) 414-5489.